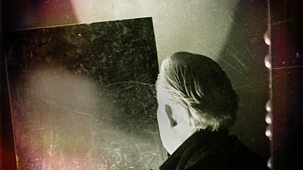 B. Catling: Where Does It All Come From?

An eye-popping insight into the extraordinary, late-flourishing career of maverick artist, teacher and performer Brian Catling RA, whose unique vision and imagination are celebrated through a shifting narrative of newly restored archive material, exclusive interviews and specially shot footage.\n\nBrian Catling was born in 1948, a foundling adopted and raised in tenements on the Old Kent Road in postwar south London. He is an internationally exhibited and lauded sculptor and, as B. Catling, the author of The Vorrh Trilogy, a vast work of untrammelled imagination, and the novel Earwig, which provided the inspiration for Lucile Hadzihalilovic’s 2021 film of the same name. Catling is also a professor at the Ruskin School of Drawing and Fine Art at the University of Oxford, a royal academician and a Cholmondeley Award-winning poet. He is also the erstwhile impresario of the legendarily disreputable Cabaret Melancholique and an occasional sinister cinematic presence, both in front of and behind the camera. \n\nWhere Does It All Come From is a window into Catling’s world that, like Catling himself, defies categorisation. It is shaped through a stitching-together of rediscovered archive material with newly shot interviews, fragments of previously unseen filmworks, interjections and interactions, ghosts and revenants. Important locations in Catling’s life and work – south London and Whitechapel, museums, churches, dives, Gozo, Leipzig, Copenhagen – are interwoven with imaginary landscapes and revisited, explored or recreated. Interviews and long-lost performances are remade and repurposed, seances held, dead or vagrant voices resuscitated. Characters, symbols and strange beings – some of whom then reveal their role and purpose – are glimpsed or merely spoken of, sometimes without explanation. At times, fiction hijacks fact to reveal other, deeper truths.\n\nWe see Catling at work, in the past and the present, in public performance, on stage, conjuring uncanny presences in galleries, abandoned rooms and in his studio. His histories are told, including childhood obsessions with outsiders and monsters, the early days of art school and labouring jobs at Truman’s Brewery, becoming an artist, a sculptor and maker of installations, and his decision to retreat from the London art world.\n\nA host of writers, artists, musicians, curators and former students, including actor Ray Winstone recollecting a terrifying encounter in London’s Whitechapel, are also called upon to bear witness to a creative spirit who defies definition and is capable of endless self-reinvention.

Most recent episodes of Arena

An exploration of the life and work of video art pioneers Steina and Woody Vasulka. The film examines the artistic processes of the pair and their profound effect on the 1960s N ...

B. Catling: Where Does It All Come From?

An eye-popping insight into the extraordinary, late-flourishing career of maverick artist, teacher and performer Brian Catling RA, whose unique vision and imagination are celebr ...

Painted With My Hair

Painted with My Hair is inspired by the paintings, poetry and letters of Donny Johnson, an exceptionally intelligent and talented US lifer, who has been locked away inside his c ...

Dylan Thomas: From Grave To Cradle

Author and broadcaster Nigel Williams examines the work and the legend of one of the most famous poets of the 20th century, Dylan Thomas.\n\nBorn in 1914, Dylan Thomas was an un ...

I Am Not Your Negro

Narrated entirely in the words of James Baldwin, through both personal appearances and the text of his final unfinished book project, this film touches on the lives and assassin ...

A celebration of the 25th anniversary of the Secret Policeman's Ball in aid of Amnesty International. Many of Britain's finest comedians, including John Cleese, Sir Bo ...

Cindy Sherman is one of the world’s leading contemporary artists. She is also notoriously elusive. So, it is a coup for Arena to get this in-depth and revealing audio inte ...

The Everly Brothers: Songs Of Innocence And Experience

The Everly Brothers were among the most successful and revered of all the giants of early rock 'n' roll. A determining influence on the Beatles, Simon and Garfunkel an ...

In the autumn of 1983, the Everly Brothers played their legendary reunion concerts in London. Of all the venues in the world, they chose the Royal Albert Hall because they had t ...

Most popular episodes of Arena

I Am Not Your Negro

Narrated entirely in the words of James Baldwin, through both personal appearances and the text of his final unfinished book project, this film touches on the lives and assassin ...

A tribute to Liverpudlian comic Ken Dodd, in which he discusses his 50-year career and the influences of his comedy style. Features film clips of his early performances and foo ...

The Roundhouse - The People's Palace

Cindy Sherman is one of the world’s leading contemporary artists. She is also notoriously elusive. So, it is a coup for Arena to get this in-depth and revealing audio inte ...

Where does voguing come from, and what, exactly, is throwing shade? This landmark documentary provides a vibrant snapshot of the 1980s through the eyes of New York City’s ...

1990 documentary. Havana has a dilapidated ruined beauty - decaying grandeur alongside squalor with a string atmosphere of Africa and Old Spain. Despite the political turmoil of ...

The 50 Year Argument - The New York Review Of Books